App usage analytics and a postmortem of Shape Time

App usage analytics and a postmortem of Shape Time

So, you’ve got what you think is a great idea for a game. You’ve put it together, people on your development team and beta testers have enjoyed it. Other than a simple download count, how do you know if others are enjoying it (or not)? Players don’t often leave feedback unless they really like or really dislike your game. So how do we get information about the majority of people playing our game? Are people playing 10 levels and then hitting a wall which they aren’t interested in attempting to pass? App usage analytics are key to finding this information. 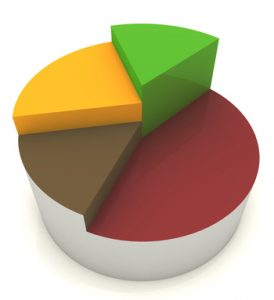 With our most recent game, Shape Time, we thought we were doing so much right. We really liked the simple, minimalistic graphics (following in the style of Dots and Threes!, the gameplay was very challenging as we intended, the mechanics worked well, and the game tested very well with a small beta group (about a dozen people).
After launch our very first review on the Play Store was bad. We implemented an “energy” mechanic where you only had 5 lives and after using them up would have to wait 15 minutes for a new one. This didn’t go over well. Although we planned it out as best as possible, it just seemed the game didn’t have enough flare to justify this mechanic.
We watched our app data and saw that so many players were getting very low points. In beta testing we estimated that 75 points was low enough for the first badge reward. After launch most players were maxing out at about half of this. This indicates to us that the gameplay mechanic may be too challenging for users. Also we could tell that they only ran the game a handful of times. What this means is that the game just isn’t compelling enough and when they run out of lives they just never come back.
We had a few professional reviews that were good, but didn’t go into great depth. Eventually we received an in-depth review that was quite unfavorable. It pointed out many of the issues that the data was pointing to: The gameplay mechanic was too difficult, the graphics impressed low quality instead of minimalistic style, the in app purchases were too unfavorable. So we had to act and are now giving the game a fairly thorough overhaul to try and save what we think is a good game.

How did we get all of this data and what data did we track? 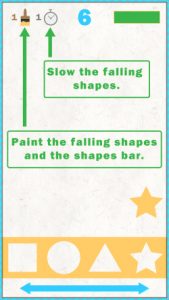 We used simple HTTP commands in AGK to send off data to our server whenever certain conditions would happen in the game. In previous articles I’ve discussed how to set up leaderboards as well as send files from your app to a server. The same method for leaderboards is what is used to send app usage data to a server. There’s just more data to send! With Shape Time we use two different database tables. One table contains data for each game session. The other table contains overall statistics for each user. Both tables share a user ID for each player so that they can easily be cross referenced in reports. Each time a player completes a game session or makes a purchase, we then send data off to the server. If you are not expecting feedback from the server then you can just send out the data with an async HTTP command (we did this with purchases). If you are waiting for data back then still use the async HTTP command, but wait for the data to return as was illustrated in the leaderboards tutorial. We do this for all the session data because we are also checking for a high score at the same time.
The data we tracked was straightforward. For sessions we wanted to know how long each game lasted, how many powerups were used, and what the score was. For users we wanted to know how many sessions they had played, their high score, their purchases, and their general geographic location (country and region). The information that can be inferred from just this simple data is great.  Geographic information lets us know if non-english speaking players are having a greater difficulty playing the game (this was not our case). Most importantly we could see that players on average were only getting a high score of around 25 points. Only 17% of our players were actually using the powerups (the game has explanations of these when they are first rewarded). We could see the average game session time was only about 2 minutes which was much lower than the beta test group.
The data was so disappointing that we were likely going to abandon the game and call it a loss. We tested it out well, we liked the mechanics, we knew that the high scores achieved in-house and by beta testers were achievable (my wife still has the all time high score of 182 points with very few players even coming close – my best is 129), we liked the music and graphics. Therefore we were ready to call it a loss until we received a brutally honest professional review.
The review pointed out what the data was telling us and it also gave us hope. It made suggestions on how we could improve the game. After matching that information up to the data we feel that Shape Time could still possibly be a success.
• The gameplay mechanics were possibly too challenging: it is possible that the way the bar moves in the game (it snaps to the closest edge) is an extra challenge for players to overcome. Though beta testers were quite comfortable with it after a play or two we can understand how the snapping may actually feel more like a restriction and hindrance than assistance as it was meant to be. The snapping feature is now optional and we’re allowing for more margin of error in matching the shapes up with the bar.
• The minimalistic style was viewed as too basic and lacking depth. When designing the game we thought it would be best to keep it free of extra distractions. This meant we wanted things to look flat and simple and at the same time we didn’t want a lot of special effects going on. Unfortunately this ended up being interpreted as plain and boring. We’re now adding a lot more style to the game and are learning that we really need to spend a lot of time on making the graphics flashy. The graphics style will now be a crayon drawing style with the elements looking like construction paper cutouts. We’re adding some characters to the game (the brush and clock powerup icons will now be cartoon characters) and giving them animations. We’re also adding particle animations to give the game greater flare and interest.
• The life restriction mechanic and power up rewarding were unfortunately too restrictive. We hoped the game was interesting and addictive enough to justify in app purchases to help lift these restrictions, but it is not. The game will no longer have any restriction on game play and powerups will be rewarded much more generously. We’ve removed all in-app purchases except for ad removal (we need some mechanic for monetization!).

Beyond challenging, but rewarding, gameplay

What is it that makes some games such a huge success? What makes a game addictive? We should have realized this sooner, but didn’t.

Games that have characters in them are much larger successes than ones that don’t. Candy Crush Saga, Clash of Clans, Temple Run, Flappy Bird, and even Threes! (the tiles have little faces on them) all use characters in the games. Characters can be extremely important because they immediately evoke an emotional response. A smile on a character’s face is immediately recognized by our brains and sets off endorphins. Make the characters cute and happy and most people will automatically have a good response to them. This puts them in the mood to have fun. The brain essentially says “There’s something happy. I’m going to share in its good time.”

People are accustomed to high levels of stimulus. Watch any recent children’s movies, the stimulus level is very high. The most successful movies like Godzilla, Iron Man, etc. also have a high level of stimulus. Play Candy Crush Saga for a bit, the stimulus level is also extremely high. There are a lot of very minor animations (flare effects, characters moving slightly) occurring alongside the major animations (candy movement, row/column clearing). When you perform a good action such as clearing a row of candy there is an explosion of stimuli on the screen. 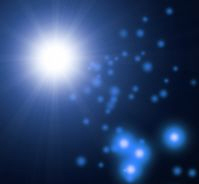 This heightens the player’s emotional state and leaves them wanting more. There is a difficult balance to achieve between stimulating animations and overload. I think the main key here is that you can actually have a lot of very minor animations like particle effects and animations that don’t actually change the shape of sprites (Crayon Physics has a neat stop-motion style animation on a lot of things). Most of these things we don’t actively pay attention to in games, but they heighten the brain’s awareness which makes people more susceptible to rewards and punishments. Try tuning off the TV on a kid when they are watching a cartoon and you can see this effect in action. Make sure to reward players often and provide a lot of stimulus with rewards. Remember you’re competing for their emotions.
Once your players have an emotional attachment to a game you can then start introducing mechanics that will force them to make a choice: keep playing or quit. If you’re able to create a strong enough of an attachment so that they want (and feel they need) to keep playing then and only then do you have a chance at asking them for money. This is really difficult to do. Many players are immediately turned off by this mechanic and the reason is that they haven’t attained enough of an attachment to make it worthwhile. So do this with extreme caution. Also keep in mind that the majority of your players will not purchase anything until they have played many times. So if you do have some restrictive element in your game you need to do a great job of making them want to return. Unfortunately we did not do this with Shape Time and we don’t really see it as a possibility in the future with a game that has such short gameplay.
App usage analytics, even the most basic ones, can be a great learning tool to help you understand how to make better games when there is an absence of user feedback. Even successful games should make use of analytics (indeed the most successful do). Analytics provides us with a way to learn what our users are doing when the majority of them are silent. Games need to provide a high level of stimulus to be considered entertaining enough to get players to come back for more. Follow the leaders and don’t just emulate their game mechanics, but also look closely at the little things they do in games. These are often unnoticeable, but aggregate into a great user experience. Don’t be afraid of failure. No one succeeds on their first attempts. Success even on the 10th attempt is extremely good luck. Failure can be great because it gives you the opportunity to learn. Leverage it for all it is worth.
I’d love to hear your feedback on the new version of Shape Time. We will announce the release in the Showcase forum as soon as it is ready. Thanks for reading!